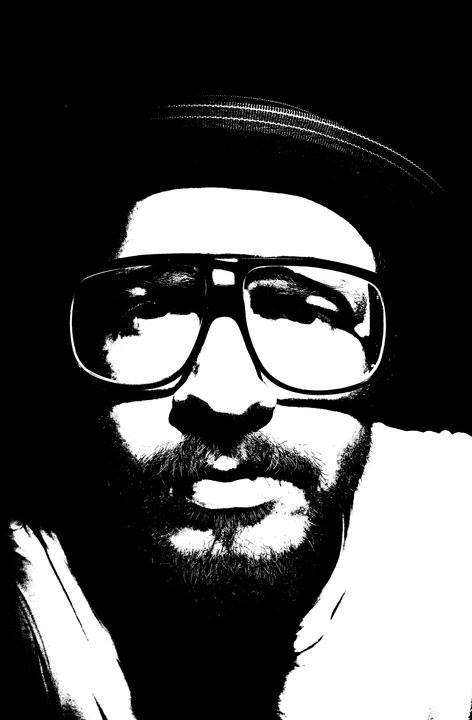 Ivan Beslic is a self-taught Croatian artist based in Düsseldorf, Germany. His work is defined by decisive strokes and a close kinship with his subjects. Beslic explores his surroundings to gather everyday observations that inform his art, which focuses on 90s hip-hop culture. He relies on the beats and rhythms of the musical genre to inspire his workflow and spark creativity.

Beslic sketches his portraits on Paper with a black marker. He then fleshes them out with a series of bold and colourful markerl strokes that appear to reveal and conceal his subjects in a type of hide-and-seek with an urban graffiti aesthetic.

The end product is reminiscent of Vincent Van Gogh’s scratchy technique and Jackson Pollock’s emotional outpouring.Beslic explores the limits of colour to capture mood. His close-up portraits of 21st century men – including  Biggie Smalls, Eminem , Spike Lee and Muhammed Ali, as well as NBA players – are not unlike Andy Warhol’s own series of the most influential personalities of his time.

Beslic’s introspective coverage of hip-hop culture has led him to develop close relationships with the artists he depicts, who are also the proud owners of the portraits they inspired.

Artistically active since 2007, Beslic has been exhibiting throughout Germany – from the Gallerie Boskamp in Cologne to the Galerie Schau Fenster in Berlin. In 2015, he signed a deal with Dusseldorf sneaker store AFEW and Adidas – marking the culmination of his close relationship with hip-hop culture: the Adidas sneaker.

We use cookies to improve your online experience. By continuing to use our website you consent to us using cookies. For information on the cookies we use and for details on how we process your personal information, please see our data protection page.